Silicon photovoltaic cells account for 90% of the entire market. In terms of cost, stability, and productivity around 20% -22%, they now have no competition. Here is the Analysis of the advantages of perovskite in new solar cell materials .

Research and investments in this sector have made silicon cells reach their maximum theoretical conversion efficiency. Therefore, there are many new concepts of PV cells that will allow reducing energy prices from PV systems and making photovoltaics a widely adopted technology for electricity production.

One of the ideas is the so-called double-connector system. In most cases, it is a layered structure in which a PV cell made in one technology is placed directly on another cell. It maximizes efficiency by increasing the absorption of light in the wider spectrum. Such links have been studied for a long time, but still too expensive to be used commercially. This is about to change, thanks to the team from Neuchâtel in Switzerland. Scientists from the University of Photovoltaics of the University of Lausanne (EPFL) are working there. They work with the CSEM PV technology center.

Researchers have developed an economically competitive solution for the production of tandem photovoltaic cells, composed of a perovskite layer, deposited on a standard silicon PV cell. This type of structure achieves 25.2% efficiency; this is the record for this type of photovoltaic cell. What’s more, the proposed production method is very promising. It only requires adding some additional technological processes to currently used technologies for the production of silicon PV cells. The results of the research that led to the creation of this innovative method were published in the prestigious scientific journal Nature Materials.

The unique properties of perovskites have made the scientific community devote a lot of attention to them in recent years. During the last nine years (since that time research on perovskite photovoltaics has been conducted more or less), the efficiency of PV cells from these materials has been increased sixfold.

Perowskites have many advantages – firstly they can be very efficient, and secondly, they are cheap

In tandem links, perovskites perfectly complement silicon. Silicon copes well with red and infrared light. Perovskites, on the other hand, convert blue and green light best. “By combining these two materials, we can maximize the use of the spectrum of sunlight and increase the amount of energy generated. The calculations show that it should soon be possible to achieve a conversion efficiency of 30%, “say the main authors of the publication Florent Sahli and Jérémie Werner. 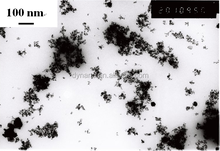 Creating a tandem structure is not so easy. The silicon surface consists of small pyramids with a height of 5 microns. They make the sunlight reflect less. It also makes it more difficult to apply a homogeneous perovskite layer to silicon, says one researcher.

When applying perovskites from the solution, the liquid concentrates in the valleys between these pyramids, which mean that their peaks are not covered at all. Therefore, the structure is not only far from homogeneous, but also causes short circuits in the system.

Have You become Aware Of Online Marketing Software?

Start earning money from your blog

The most important tips for registering a domain name